board of directors and senior management

board of directors and senior management 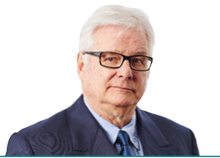 Harry Dobson is a former investment banker and senior partner of Yorkton Securities. He currently engages in various merchant banking and venture capital activities in North America and Europe, and has acted as Chairman of a number of resource companies (including American Pacific Mining Company Inc. and Lytton Minerals Limited). He was formally the Chairman of Kirkland Lake Gold Inc. (a Toronto Stock Exchange and AIM quoted company) and Rambler Metals and Mining plc (an AIM quoted company). He is experienced in the organisation and funding of resource projects, including those located in inaccessible locations.

Harry is Chairman of the Remuneration Committee and sits on the Audit Committee. 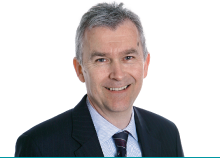 Howard Obee was appointed Chief Executive when the Company was incorporated in June 2004. He has a PhD in structural geology from Imperial College and has spent 29 years in the oil industry, initially with BP (1985–1992), and subsequently with BHP Billiton (1992–2004). He trained as an exploration geologist and has held numerous technical and commercial roles, incorporating exploration, new ventures, strategic planning and business development. He has experience of executing seismic and drilling programmes in frontier basins, including those in deep water. 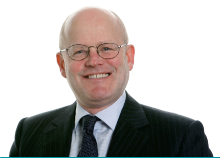 Peter Fleming has over 22 years of upstream oil and gas experience, the majority of which was gained at BHP Billiton both in London and Melbourne. Whilst at BHP Billiton, Peter held senior positions in exploration and business development, investment evaluation, acquisitions and disposals and strategic planning. Prior to joining BHP Billiton, he worked for Bridge Oil and Banque Indosuez. He holds masters degrees in business administration and finance. 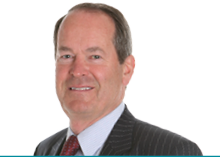 Since qualifying as a Chartered Accountant, Nigel Hurst-Brown has pursued a career in fund management. From 1986 to 1990 he was Chairman of Lloyd’s Investment Managers. In 1990 he moved to Mercury Asset Management as a main board Director and following Mercury’s acquisition by Merrill Lynch in 1997 became a Managing Director of Merrill Lynch Investment Managers. Currently he is Chief Executive of Hotchkis and Wiley (UK) Limited and a member of the Executive Committee of its US parent Hotchkis and Wiley Capital Management LLC and non-executive Chairman of Central Asia Metals plc.

Nigel is Chairman of the Audit Committee and sits on the Remuneration Committee. 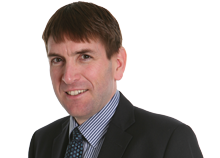 Bruce Farrer holds a BSc degree in geology and a Master's degree in stratigraphy and basin analysis. He trained as a petroleum geologist and spent 15 years with BHP Billiton prior to joining Borders & Southern. His experience includes seismic and drilling operations, regional evaluation, prospect generation and project management. He has worked on exploration and development projects across a number of basins in Europe, north and west Africa and the Caribbean.